What happens if the dollar loses its reserve currency status? -Bitcoin Magazine 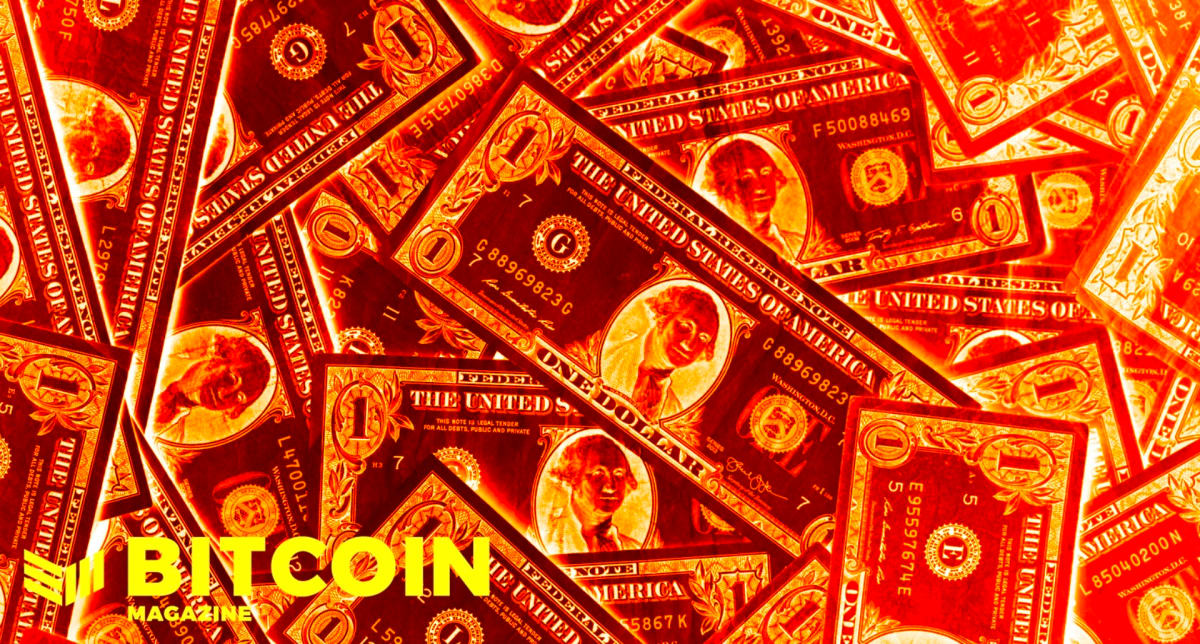 This is a transcribed excerpt from the “Bitcoin Magazine Podcast”, hosted by P and Q. In this episode, they are joined by Julian Liniger to talk about the fundamentals of Bitcoin and why bitcoin is being widely adopted in Europe even during the bear market.

Listen to the episode here:

Julian Liniger: With developments in Russia, China, etc., there are initiatives that try to weaken the US dollar as a reserve currency. Do you feel that people are afraid of this in the United States, that it could happen in the near future that the USD will lose its status as the dominant reserve currency? What role does Bitcoin play in this scenario (if it is a scenario)?

Q: Totally. I think you need to separate the answer into different groups of people. I would say there are three just to simplify, knowing full well that they are closer to 500. I would say the first group is the Bitcoiners, who buy this narrative a lot, who see the writing on the wall and see how the actions taken by the US government and the actions taken by foreign governments are on the direct path to ensuring that the US dollar is no longer the world’s reserve currency.

I think there is a feeling and I will speak mainly for myself that more countries should have the ability to price oil in their own currency. It is not necessary to announce it officially. It doesn’t have to be a statement from OPEC or the EU or anywhere else saying, “Hey, the dollar just isn’t the world’s reserve currency. For me, whatever the global standard for pricing oil is, in the medium term, it will be the global reserve currency.

There is the secondary problem of the impending collapse of the European bond market. We have seen this happen in more developing countries. We see the collapse of the Japanese yen. There is now another category of people for whom in the short term the strength of the dollar will continue to increase, but it is inevitable that with this increase there will be additional pressure and, in the end, I come back always to: why would we believe that the people who made the decision to put us in this situation in which we find ourselves now, why would they also be the same people who could get us out of the position in which they put us? So, I would sort of explain these two within the bitcoin community.

And then there is, in my opinion, a vast majority of people in America who have no understanding or real understanding of what it means for the world’s reserve currency to be our home currency and to be the currency that our country and our government are capable of endless printing? For the vast majority of these people, they can be told all of these things and yet they would rather just say, but it doesn’t matter. “The US dollar has existed all my life and it will continue to exist.” And there’s a lot of denial, I think. I have him among close friends that I will have these kinds of conversations with, and their response will just be like, “Yeah, but like the government is going to get away with it. As if the US dollar wouldn’t go away. I think there will be a lot of pain in this category of people. I think many of them will be shocked when the inevitable happens.

Then the last group of people I think are, or are the policy makers, the people in government who see maybe some, but not all, of what the Bitcoiner class sees as the inevitability of the end of the dollar. They think that if they only do one or two things right from now on, things will go back to normal and everything will be fine. And the US dollar and the United States will remain in power.

I sincerely believe that it is the combination of these two ideas that fuels our decision makers here in this country. Whether they are right or wrong (I believe they are wrong). I’ve been saying for a while now that the best example of this is Jerome Powell coming out in 2021 saying, “Inflation will be transitory. Do not worry. It’s not a problem.” Only then, in April or May, take an oath in a congressional hearing and say, “Yes, we made a mistake. We don’t. didn’t know as much as we thought, and that’s why we’re here.

I have no reason to believe that from then until now he has learned so much that his decisions will right the ship. But I think I’m in the minority.